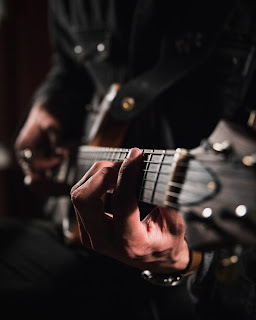 Photo by Joey Nicotra on Unsplash

An Artist to keep an eye on: Brett Wayne Lee

Written and Published by Marcus "DJ Potential" Hart
There's something special about a live performance. The energy, the connection between artist and audience. It's an experience that can't be replicated. And that's why we're so excited to introduce you to Brett Wayne Lee. 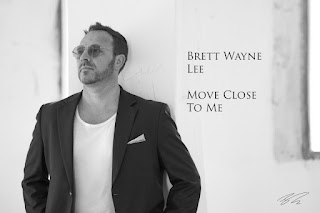 Brett Wayne Lee is a phenomenal pianist and guitarist who left the Marines in 2008. He toured local pubs and clubs with a few Rock N Roll bands before going solo in 2020. He has played in front of raving crowds in the United Kingdom and Dubai, including becoming a weekly regular inside of the Brit Pubs. He has been an avid advocate of PTSD and performed in front of 6,000 troops at a base in Ireland in support of  Bjorn Again.
Brett Wayne Lee was the lead singer of most the bands he toured locally with. The groups gained some success, but after a while, Brett started to feel like he was ready to strike out on his own. He felt like he had more to say musically than the band was allowing him to express, and so he made the decision to go solo. He hasn't looked back since!
"Move Close to Me" is a love story about meeting your soulmate for the first time. The black-key heavy intro sets the scene, and my reflections are on the rollercoaster emotions of love and anticipation. Hopefully, this will tap into those same emotions for you.
Brett wrote the song "No Rules" after his sixth year working in Afghanistan. He was starting to feel frustrated that all our efforts to help the people there seemed to be going to waste. It's not just the loss of life in war that's hard to deal with, it's also the way it changes people—both the soldiers and the civilians. They often lose themselves in the mess that is war. Just another "Stan" as we say in the military.
Brett Wayne Lee is a man of many talents. A marine veteran, pianist, guitarist, and music artist, he has had an eventful life full of new experiences. After leaving the Marines in 2008, he toured local pubs and clubs with a few rock n roll bands before deciding to go solo in 2020. His new song, "Move Close to Me," is about love at first sight, and "No Rules" is about the loss of life in the military. We encourage you to check out his music and support him in his future endeavors!
https://www.brettwaynelee.com/
Check out the interview Brett Wayne Lee did on the Kinetic PE MIXX Show below or if you enjoy listening via podcast click here.

April 26, 2022
Photo by Barthy Bonhomme Quis Esko Brings An Unparalleled Rap Experience by Marcus "DJ Potential" Hart Introduction: The Life and Music of Quis Esko Quis Esko is a rap artist who talks the talk and walks the walk, and his career started at the age of 12. Growing up in Florence, South Carolina, surrounded by many forms of adversity, Quis has a lot of life experience he can draw from for his material.  His debut album, The 21st Century, was released in December 2020 at the height of the pandemic, his tracks Uh Oh Ohh Sh*t, … Would You Ride, and Both Sides have reached just under 20,000 views, so far, with new tracks released in 2021. The Hype Around Quis Esko's Music Quis Esko is a music artist and producer who has been making waves in the industry. He has come up with some of the most loved songs, and his music resonates with people on a deep level. His songs have been echoed by supporters across all platforms but gained the most traction on YouTube. Conclusion: Quis Esk
Post a Comment
Read more